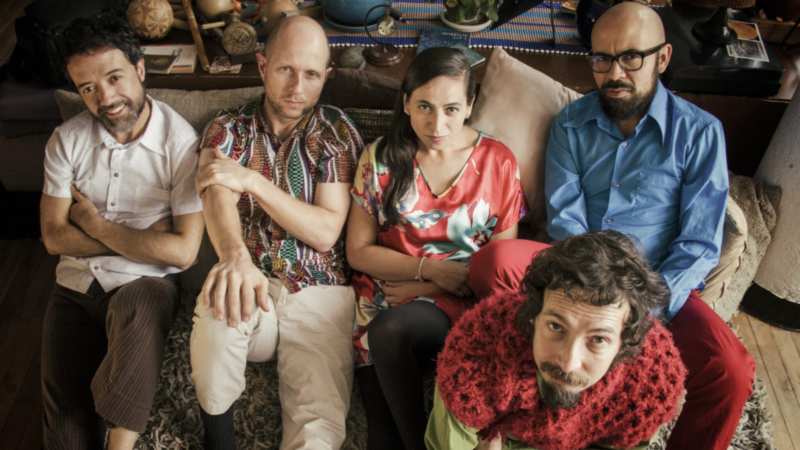 What kind of group writes songs about a Kafkaesque metamorphosis from human to robot? The answer is the imaginary outfit El Grupo Renacimiento, an allegedly “legendary” salsa band from the 1970s, though in reality the modern-day creation of Colombia’s Meridian Brothers. The Meridians themselves are but one identity of Bogotá’s Eblis Alvarez, a prolific, shape-shifting musician who over two decades has championed both the avant garde and tradition, mixing psychedelia, electronica and rock with Latin styles, especially Colombia’s own cumbia.

Here, Alvarez and his sidekicks enjoy themselves with a fantasy playlist from El Grupo Renacimiento, its numbers ranging from anti-police protest to addiction to broken love, the lyrics given a surreal twist and each cut paying tribute to one of salsa’s many subgenres. For example, Triste Son sends up Cuban son, complaining of “grey fateful melancholy” to a cha-cha beat. Poema del Salsero Resentido warns: “The rhythmic apocalypse is coming”, while Metamorfosis sings of becoming “transhuman” to a percussive overdrive. Although the album is an affectionate Latin Spinal Tap – there’s a short, cartoon mockumentary to go with it – the rhythms are taut, the music playful. Appropriately, it’s out on the revived iconic Ansonia label, its first new release in 30 years. Salud!