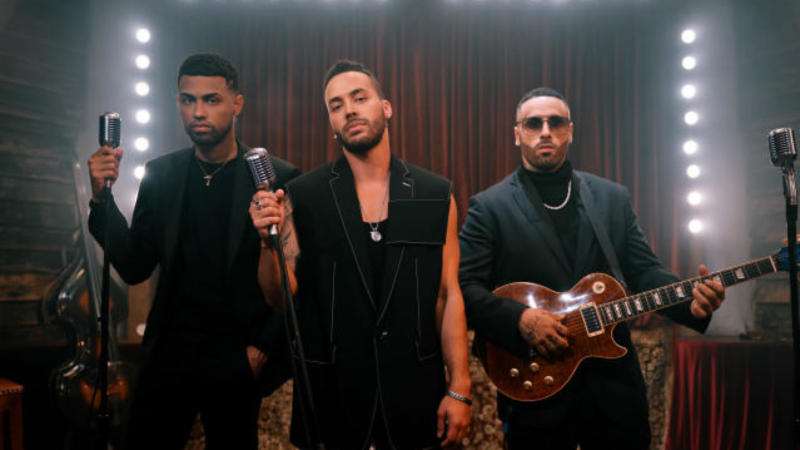 Prince Royce wants to know what his ex will say about him on new song, “Si Te Preguntan.” On Thursday, the bachata heartthrob enlisted Nicky Jam and Jay Wheeler for a heavyweight collaboration.

“You know how it is with relationships, people say, ‘Hey, don’t don’t talk too much smack,’ because sometimes they get back together and it’s like, ‘Damn, bro he was talking mad crap about and now they’re back,’ ” Royce tells Rolling Stone about the song.

The Mike Ho-directed video follows the three artists — who form a musical trio in the clip — as they convince Royce to sing the track since they know his ex will show up to the club that night. The video transitions into the trio singing the track as they see all three of their exes showing up to watch their performance together.

“It’s fine, tell them I wasn’t the best/But don’t make me look like a loser,” Royce sings in Spanish in the chorus. “Tell them you discovered love by my side/and that the New York nights weren’t as cold with me.”

The track marks Jam and Wheeler’s first foray into bachata — and despite the genre change, they automatically got Royce’s stamp of approval.

“It’s their first time singing bachata, which I think is always special to see artists from other genres do it. Like they’re not scared. I think they killed it,” says Royce. “Like when I heard Jay Wheeler and Nicky Jam’s verses, I immediately thought, ‘Perfect.’ “

He adds, “I always get surprised, [because] you always wonder how they’re gonna sound? Like Nicky Jam, for example, I’m very familiar with his voice from so many hit songs he’s done. And I think to hear him sound amazing on this record is a really dope thing.”

The new single follows Royce’s collab with Maria Becerra, “Te Espero,” which sampled “(I Just) Died in Your Arms,” and Jam’s collab with Wheeler, Dímelo Flow and Arcangel on “Por Fin.”

The song release also comes ahead of Royce’s tour dates in Europe this summer and in the U.S. this fall. He’s set to visit Miami’s FTX Arena in September and Los Angeles’ Microsoft Theater the following month.